Should the U.S. End the Embargo on Cuba? 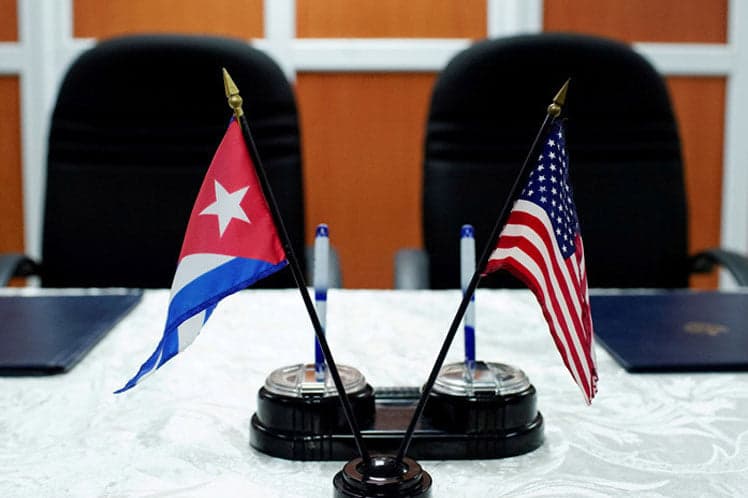 Yes, of course. The +60-year-old embargo has severely restricted trade and travel between the two nations. Its value and impact have proven to be useless.

The United States is the only nation that still has a trade embargo against Cuba. After six decades, it’s clear that U.S. policy has failed to achieve its goals: the end of the Cuban political model and a “so-called” peaceful transition to democracy. Today, Cuba remains under the same government and the real victims of U.S. policies are the 11 million innocent Cuban men, women, and children.

Unilateral sanctions just don’t work. To argue that the embargo somehow isolates the Cuban regime from anyone other than American travelers, exporters, and consumers simply defy reality.

U.S. embargo has exacerbated already-difficult living conditions for Cuban citizens. Cuba’s economy has suffered because it is prohibited from exporting goods to the U.S. In addition, most Cubans have very limited access to American products. Moreover, U.S. policies restrict Americans’ right to travel freely to Cuba, making exchange between the two cultures essentially impossible.

The federal government also has proven unable to justify the Cuban embargo on broader national security grounds. Unlike Iran or North Korea, there are no indications that Cuba is seeking nuclear weapons or other weapons of mass destruction.

Moreover, the argument that the United States should only lift the embargo in response to Cuban economic and foreign policy changes imposes a nonsensical reciprocal element on what is clearly a unilateral issue. The United States government need not wait for another country to act before it expands the liberty and well-being of its own citizens. In this way, policy changes that enhance individual liberty (like free trade) differ entirely from the reciprocal, zero-sum world of prisoner swaps or territorial shifts.

The removal of trade and travel restrictions is valuable regardless of what any other country says or does. To argue otherwise is essentially to advocate “Blazing Saddles” policy — i.e., “if you don’t stop hurting your citizens, I won’t stop hurting mine.” No, thanks.

Leaving all other issues aside, the state’s failure to rebut the basic presumption of liberty demands a change to current policy. The United States government, through Helms-Burton, has had 25 years to prove that its codified ban on Americans’ rights to freely trade and travel has achieved the law’s stated economic and foreign policy objectives.

The government has had 18 years to demonstrate that Cuba is a manifest national security threat or that its human rights violations are different from, and somehow worse than, those of countries with whom we have normalized relations. The government has made no such demonstrations and has thus failed to justify the embargo on any legitimate grounds. As such, it’s clearly time for a (legislatively enacted, constitutionally-proper) change.